This weekend I was watching reruns of Alton Brown’s Good Eats (one of my all time favorite cooking shows), and I caught an episode that was completely dedicated to cooking with alcohol…well, mainly wine and beer. Lately I have taken an even more increased interest in incorporating these flavors into my own cooking, so I quickly hit the record button on my DVR. Coincidentally, Alton proceeded to breakdown the science behind two specific recipes that I have been experimenting with extensively myself; wine marinated lamb steaks and beer bread. But that wasn’t the nugget of information that piqued my interest.

We’ve all seen those cooking shows, live demonstrations, or even have a drunk uncle who glugs a hearty dose of bourbon whiskey into a barbecue sauce and says “don’t worry, the alcohol will cook off”. It’s easy to see where this general assumption would come from.  Is common knowledge that the boiling point of alcohol is significantly lower than the boiling point of water, but the cold hard fact is that you can never cook off the entire amount of alcohol that is added to a dish. You can get close, especially with longer cooking times, but you might be surprised to find out how much of the alcohol content ends up residing in the food you ingest: 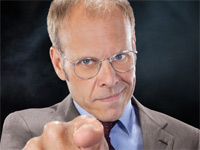 It’s worth noting that the amount of alcohol in your finished dish would also be divided among the total number of portions you were preparing, but it merits attention to know it’s there. Everyone that cooks and shares meals with friends and family knows that you inevitably encounter individuals with certain dietary restrictions. Being in tune with your ingredients, and how they react during the cooking process, will make you that much more of a versatile grill master. So go ahead and tuck this little nugget of information in your back pocket for the time being.  You never know when you may need it in the future.

And in case you’re interested in sampling some of those boozy recipes that Alton was featuring on Good Eats, here’s the links to his full rundown over on the Food Network site:

Just a fair warning though. If you’ve never had beer bread, be prepared to become addicted. One taste and your mind will run wild with all the different flavor combinations to pair with your favorite brews.